Clinical experience with SLIT spans more than 60 years. In other parts of the world, especially in Europe, sublingual treatment has become increasingly commonplace. In 1998, the World Health Organization referred to it as a “viable alternative” to injection therapy. Favorable results with more than 50 double-blind, placebo-controlled studies have been published in peer-reviewed journals. 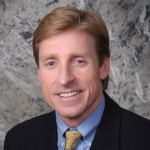 In the United States, Dr. David Morris in LaCrosse Wisconsin began using SLIT over 40 years ago. Dr. George Kroker joined him and has a gift at articulating and teaching the benefits of SLIT. Dr. Todd has visited their clinic multiple times to learn their well established technique. The American Academy of Otolaryngologic Allergy (AAOA) has recently developed its own SLIT protocol. Dr. Todd subsequently completed his Fellowship in Allergy with the AAOA and is also a member of the Pan Am Allergy Society, which also has its own SLIT protocol. Taking the best from each of these organizations and distilling it into a safe, convenient, and effective therapy has been our goal since 2004.

This is a case study and journal article copied off of Dr. Kroker’s web site www.renaissanceallergist.com.

A child was brought to Dr. Oscar Schloss, a New York pediatrist. There was a most unusual story of idiosyncrasy. The lad had had diarrhea when ten days old and was treated with barley water and raw egg white. This relieved the complaint and caused no unpleasant symptoms. He received no more egg until he was fourteen months old. Almost immediately after eating part of a soft-boiled egg he cried out, clawed at his mouth, and his tongue and mouth swelled until they were many times normal size. Hives soon appeared around the mouth…When the boy was two years old his mother noticed that if he were to play with empty eggshells he would break out with hives on his hands and arms. Schloss suggested that the boy’s experience might be due to this new condition, recently receiving so much attention, called allergy….He injected the boys blood into a guinea pig. Later he injected egg white. The animal had typical shock…

…He mixed the white of a raw egg with water and diluted it so many times that you would scarcely have thought there was any egg left. He fed this to the boy with a medicine dropper. Nothing happened. He kept on giving this curious medicine every day, increasing the number of drops each time and gradually increasing the strength of the solution…He finally increased the tolerance to such an extent that the lad could eat eggs in moderation with no consequent discomfort….Here again was something well worth telling to the world Schloss published his report in 1912.

…Two methods of desensitization were now available–hypodermic and oral. We use both today…”

So, this year, we’ll be celebrating the 100th anniversary of successfully documented sublingual food desensitization. Schloss published his findings, entitled “A Case of Allergy to Common Foods”, in Am J Dis Child 3:341, 1912.