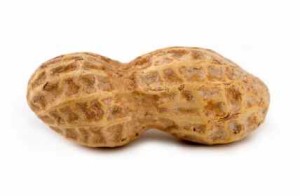 Oral immunotherapy (OIT) for children’s peanut allergy may be a safe and effective approach, a new study has shown.
Findings from the phase 2 trial, published online January 29 in the Lancet, add to accumulating evidence that children can gradually build tolerance by ingesting increasing amounts of nut protein.
“To our knowledge, our findings provide the first well controlled and accurate estimate of the effect size, benefits, and risks of desensitisation with peanut OIT,” write Katherine Anagnostou, PhD, from the Department of Medicine, Addenbrooke’s Hospital, Cambridge, United Kingdom, and colleagues.
Previous results from small studies have suggested that peanut OIT might be an effective strategy for managing children with peanut allergy. However, until now, the approach had not been thoroughly evaluated in a sizable group of children.
Therefore, the investigators designed a 2-step, randomized controlled crossover trial testing OIT in 99 children aged 7 to 16 years. Children with all levels of peanut sensitivity were included in the trial.
In the first step, children were randomly assigned to 1 of 2 groups. One group received 26 weeks of OIT, which consisted of gradually increasing doses of peanut protein up to 800 mg daily. The other group was advised to avoid peanuts per usual, serving as controls. At the end of the 26 weeks, both groups underwent peanut challenge.
In the second phase, children in the control group were offered the 26-week OIT treatment followed by challenge.
“OIT successfully induced desensitisation in most children within the study population with peanut allergy of any severity, with a clinically meaningful increase in peanut threshold,” the researchers report.
“Peanut OIT raises the reactive threshold at least 25-times so that 84–91% of participants can tolerate daily ingestion of 800 mg protein.”
At the end of the first trial phase, 84% (95% confidence interval [CI], 70% – 93%) of the children in the active intervention group tolerated daily ingestion of 800 mg protein compared with none in the control group. In addition, 62% (95% confidence interval [CI], 45% – 78%) of the active intervention group had become desensitized, which was defined as having no reaction to ingestion of 1400 mg peanut protein (roughly equivalent to 10 peanuts).
After the second trial phase, 91% (95% CI, 79% – 98%) of children who had been assigned initially to the control group were able to tolerate ingestion of 800 mg protein daily, and 54% (95% CI, 35% – 72%) had become desensitized.
The authors point out that it would be unlikely for children to accidentally encounter 1400 mg of peanut protein.
About a fifth of the patients reported adverse reactions to OIT. However most were mild, with oral itching being the most common, occurring after 6.3% of doses (76 children). Gastrointestinal symptoms were also common, with 31 children reporting nausea, 31 reporting vomiting, and 1 reporting diarrhea. In addition, 41 children developed wheeze (0.41% of doses) and 1 child required intramuscular adrenaline.
Treat obstructive apnea events and prevent more serious events before they occur Auto-titrating PAP (APAP) technology from ResMed™ responds to flow limitation, which often precedes snoring and apneas. Review data from a recent studyInformation from Industry
In an accompanying comment, Matthew J. Greenhawt, MD, from the University of Michigan Food Allergy Center, Division of Allergy and Clinical Immunology, Ann Arbor, stressed that although the results of the study are promising, more high-quality data are needed before recommending the therapy to all child and adolescent patients with peanut allergy.
“It is important to understand that OIT research cannot be rushed, and is years away from routine clinical use,” Dr. Greenhawt notes. “Investigative groups need time to refine protocols, revalidate data, understand the mechanisms of OIT, and minimise adverse effects. This must be done without added pressure or heightened expectations to quickly produce a marketable therapy,” he concludes.
Support for this study was received from the Medical Research Council, National Institute for Health Research, United Kingdom. Two coauthors are inventors on a patent application that covers the protocol described in this study. The remaining authors have disclosed no relevant financial relationships. Dr. Greenhawt has reported that he is a member of the Educational Advisory Council for the National Peanut Board and has served as a consultant for Deerfield Industries.
Lancet. Published online January 29, 2014.